Management, Board and Committees

Currently, he is a partner of DNA Capital, a healthcare private equity firm.

Andréa was elected to the position of Products, Marketing, and Experience Officer in February 2021. Between 2016 and 2020, she served as New Businesses Superintendent and New Businesses Officer at Dasa.

Andréa holds a degree in Business Administration from the Pontifical Catholic University of Minas (PUC) and an MBA in marketing from Getúlio Vargas Foundation (FGV).

Carlos was elected for the position of Outpatient Operations & Diagnostics Officer in 2019 and has been working at Dasa since 2015.

Before joining the Company, Carlos worked for Gávea Investimentos from 2008 to 2014 and became a partner in December 2009. Between 2006 and 2008, Carlos worked as an associate at Kohlberg Kravis Roberts & Co. (“KKR”) in New York and participated in various private equity transactions.

Carlos holds a degree in Arts and Sciences in mechanical engineering and economics, with honorable distinction from Stanford University.

Danilo has been the Company’s Information Security & Data Protection Officer since October 2020.

Before joining the Company, Danilo worked in the IT department of several companies, such as Orbitall, Redecard, Global Payments, Qualicorp, Alelo, and Cielo. He was a member of Cielo S.A.’s board of directors between 2019 and 2020.

Danilo holds a degree in computer engineering from the Federal University of São Carlos in 1997, with graduate studies in business administration from Mauá Institute of Technology in 2000.

Emerson was elected for the position of Hospital Operations & Oncology Officer in April 2019. Emerson is a neuro-radiologist and managing physician at Clínica de Diagnóstico por Imagem (CDPI), Rio de Janeiro, a company merged into Dasa in 2014.

Fabio was elected for the position of People & Culture Officer in January 2021.

With 20-year professional experience, Mr. Rosé worked for companies, such as BankBoston, and Novartis; his most recent position was human resources senior vice president at L’Oréal Luxe, New York.

Felipe was elected for the position of Dasa’s chief financial officer in June 2020 and has been working at the Company since January 2019.

Before joining Dasa, Felipe served as CFO and managing officer at Kraft Heinz, heading business units in Latin America, the Middle East, and Africa. He also served as sales officer, and chief financial officer at ALL – América Latina Logística.

Leonardo was elected for the position of Dasa’s medical officer in 2017. Previously, Leonardo served as a neuro-radiology medical officer and coordinator at the Company.

Before joining Dasa, Leonardo served as a founding partner at Medvia Diagnóstico, and chief of radiology services at Clinics Hospital in Porto Alegre.

Sérgio Ricardo was elected Strategy, Legal & ESG officer in February 2021 and has been working at Dasa since February 2020. He is a pulmonologist and was a professor at São Paulo Medicine School.

In 2004, Sérgio joined Amil as a physician also served as an assistant technical director of hospitals network and medical centers, executive officer at One Health, and held the position of Amil’s CEO between 2016 and 2018.

Sérgio Ricardo holds an MBA in health business from Getúlio Vargas Foundation (FGV), with graduate studies in health sciences from São Paulo Medicine School, Healthcare Delivery from Harvard Business School (where he was a lecturer and collaborator in the production of case studies), and High-Performance Leadership from IMD-Switzerland. 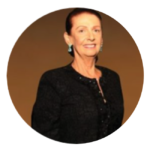 Dr. Dulce is co-chairwoman of Dasa’s board of directors. She dedicated her professional career to healthcare and hospital operations-related activities.

In 1971, Dr. Dulce co-founded Casa de Saúde São José, the inception of Grupo Amil. Dr. Dulce was controlling shareholder of Amil Assistência Médica Internacional, Ltda. founded in 1972, which became the largest health insurance provider and operator of various hospitals and clinics in Brazil. In 2012, this company was sold to UnitedHealth Group Inc., one of the USA’s leading healthcare companies.

Dr. Dulce also held the following positions: (i) co-founder and officer at Hospital SOMICOL, currently known as Hospital Mario Lioni, and the first pediatric intensive care unit in Latin America, from 1972 to 1984; (ii) superintendent at Amil Previdência Privada, insurance company, an arm of Grupo Amil, from 1984 to 1986; (iii) customer service officer at Amil, from 1986 to 1988; (iv) superintendent at ESHO – Empresa de Serviços Hospitalares S.A., a holding of 17 hospitals, from 1988 to 1990; (v) chairwoman of the boards of directors of Amil International Insurance Company, Inc. and Amil International (Texas), Inc., insurance companies, from 1996 to 2005; (vi) vice chairwoman of Amil Participações S.A.’s board of directors, from 2007 to 2012; (vii) chairwoman of the sustainability committee, from 2012 to 2013; and (viii) chairwoman of the boards of directors of Amil LifeSciences, from 2010 to 2014, and Excellion, from 2012 to 2014, both in the management of medical training companies and research.

Dr. Dulce holds a degree in medicine from the Federal University of Rio de Janeiro (UFRJ) in 1971. She holds the following titles at UFRJ: pediatric specialist in 1972, post-PhD in medicine (master’s degree) with specialization in pediatrics in 1976, and an MBA from COPPEAD in 1984. In 2000, she obtained a Ph.D. in business administration, with a specialization in health from the University of Texas, Austin. From 1973 to 1978, Dr. Dulce was an Assistant Professor in the Pediatrics Department of the Faculty of Medicine of the Catholic University of Petrópolis. 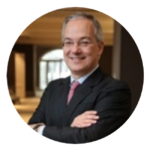 Currently, Romeu holds the positions of co-chairman of the board of directors and member of the Company’s audit committee.

Romeu holds a degree in medicine from the Federal University of Rio de Janeiro in 1986, with a medical residency in radiology and diagnostic imaging. He completed graduate studies from Harvard University, with a qualification in magnetic resonance imaging. 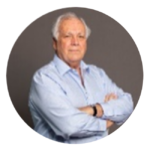 Dr. Oscar is vice chairman and independent member of Dasa’s board of directors.

From 1999 to 2003, Oscar was chairman of TIW do Brasil’s board of directors, a Canadian telecommunications company; between 1996 and 1999, he was Bunge International’s chief executive officer, a global leader in agribusiness and food industries. Before joining Bunge, Oscar was senior vice-president and partner of Booz Allen & Hamilton, Latin America. Previously, he was the chief operations officer at Ferro Corporation, Brazil.

Dr. Oscar holds a degree in chemical engineering from the Federal University of Rio de Janeiro. 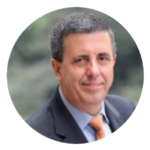 Alexandre is an independent member of Dasa’s board of directors.

Alexandre initiated his career at Banco Itaú in 1981, in the systems development area, as a systems analyst, until being elected officer in 1994. During this period, besides responsibilities in Brazil, he headed units in Portugal, Luxembourg, and Argentina. Since April 2010, Alexandre has been serving as chief technology officer at Itaú Unibanco S.A. He held the position of executive officer, in charge of retail credit, individuals products, channels, and CRM, between April 2005 and April 2010. In April 2007, he headed the IT department, as CIO.

Alexandre holds a degree in aeronautics infrastructure engineering from Aeronautics Institute of Technology (ITA), with a specialization in risk management from INSEAD, and an MBA in business administration from New York University. 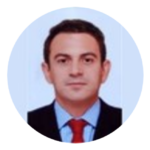 Dr. Henrique is a member of Dasa’s board of directors.

Dr. Henrique held the following positions: (i) orthopedic surgeon at Hospital Rede Esho 2002 – 2005-Amil Resgate Saúde’s CEO, from 2005 to 2015; (ii) medical supplies officer at Amil International Insurance/United Healthcare and 32 hospitals, from 2005 to 2013; (iii) he participated in IPO and Road Show of Amil International Insurance, in October 2007; and, (iv) Hospital das Américas’ CEO, Brazil’s largest private hospital at that time, from 2009 to 2014.

Dr. Henrique has been a member of Rede Ímpar’s board of directors, since 2013 and Grupo DAS, since 2016; also Patrys Investimentos Imobiliários LTDA’s CEO. 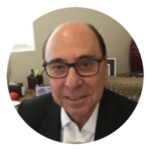 Dr. Schahin is a member of Dasa’s board of directors.

Dr. Schahin holds a degree in medicine from Unicamp, in 1974, and received the title of hospital administrator from IPH in 1975. Dr. Schahin has been a member of Rede Ímpar’s board of directors since 2013.

Mrs. Viviane Pinto Mendes holds the position of a member of the audit committee of Dasa and controllership manager at Signo Investimentos.

Her professional experience over the past five years includes Rede Impar and Signo Investimentos, companies in the health and investments sectors, respectively. Previously, she held the positions of internal controls manager, controller, member of the audit committee, and executive.

Currently, Romeu holds the positions of co-chairman of the board of directors and member of the Company’s audit committee.

Romeu holds a degree in medicine from the Federal University of Rio de Janeiro in 1986, with a medical residency in radiology and diagnostic imaging. He completed graduate studies from Harvard University, with a qualification in magnetic resonance imaging.

Mr. José Ronaldo Vilela Rezende is a member of the audit committee, with extensive experience in corporate accounting.

Over the past five years, Mr. José Ronaldo Vilela Rezende has been serving at PWC PricewaterhouseCoopers, an audit and advisory company, as a partner in charge of the Risk Assurance Service area.

The Audit Committee is a non-statutory, advisory and permanent body, directly linked to the Board of Directors.

The Audit Committee, in observance of responsibilities provided for in its charter, shall:

I. Render its opinion on the engagement and withdrawal of independent audit services;

III. Assess and monitor the quality and integrity of the quarterly, interim financial information, and financial statements;

VIII. Receive and treat information about the failure to comply with legal and normative provisions applicable to the Company, besides regulations and internal codes, also set out specific procedures to protect provider and information confidentiality;

IX. Approve a schedule of activities for the corresponding fiscal year.